Reading problems hinder attainment – but with wise leadership choices, there is hope.

There is often a stubborn tail of low attainment that dogs our school results – students we wanted to do better, but for whom the mountain was too steep to climb. The vast majority of these students will have significant problems with reading – in decoding, comprehension, or both. And the cumulative effect of those problems will have seeped into every other area of their schooling. If, as the Read On, Get On campaign suggests, 20% of students arrive at secondary school reading well behind the level that they should, then potentially there are over 600, 000 students in the UK whose future attainment will be limited by poor reading. What is particularly alarming is that the campaign suggests that 40% of poor children fall into this category.

Sometimes that sense of the scale of the problem can be very discouraging, but the reason I have been able to keep going is because there is hope. A large body of research has been collected (examples here), excellent tools have been developed, and I know of a number of schools where the leadership has, with due diligence, committed staff and resources to ensure that students with reading difficulties were given the help that they needed. Change is possible. 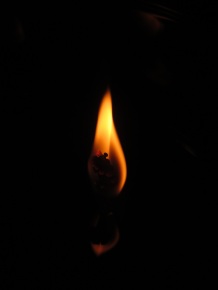 I’ve written before about Emmanuel and his experience. You can also read the stories of others such as Charles and Sophie. Then there was April, who made me wonder if she would be the student I couldn’t teach! A statemented student, she had received reading intervention for nearly three years before coming to me, and had made no progress (none – this was verified by an external reviewer). Other staff said that she often had trouble remembering what she had been taught the previous day. It became clear that she had learned some very unhelpful strategies and it took some time to undo these in order to overcome the confusion they had created. She had real difficulty in identifying phonemes, which obviously made it very difficult for her to decode words, or to spell, accurately. We practised and practised identifying sound changes, eventually working through 15 ‘tracks’ of 16 sound changes from simple vowel-consonant and consonant-vowel combinations through to ccv and ccvc changes, with lots of variations en route. The success criterion was 100% accuracy in each track before we moved on. We incorporated this work into 31 lessons, until one day April knew she had cracked it – she high-fived me and exclaimed, “Hallelujah!” After thirteen months, she had caught up on her reading and was following Shakespeare confidently in her English lessons. April had been predicted a G in GCSE English, but achieved a D.

Leroy was a promising student but often in trouble. He was tall and strong, and could be quite a handful in class. He had also recently lost his father and had become quite morose. But he knuckled down to work in the Literacy Centre and as he made progress in his reading, he became more positive. He turned out to have a soulful, poetic side. Even in the short, focused writing tasks at the end of each reading lesson, he would create striking and poignant images. He went on to gain a B in GCSE English.

Jenae might best be described as ‘stroppy’. In class she had a reputation for being very difficult, happily disrupting lessons and relishing a good argument. At first she was oppositional, but rapidly changed her attitude when she saw that she was, after all these years, making progress in her reading. Teachers commented on how much her demeanour had improved. Her confidence and determination were clear when she announced: “They say I need a reader in exams, but I’ll show them I don’t!” 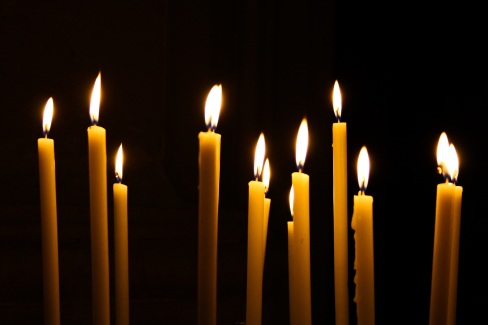 Kevin had arrived in Year 7 reading at less than a five-year-old level. He could barely read a thing in class. He had a traumatic background, lived with his grandparents, and was angry. He also hated making mistakes – not a good combination when you have a long way to go to catch up. There were some very tricky lessons when he lost control and would sulk or have a tantrum (including chair-throwing). But he did succeed in reading at his chronological age: he made nine and a half years’ progress over two (challenging) years.

These are individual stories, but of course the impact extends to whole groups of students. This summary of three years’ data at a West London secondary school shows that 44 students made ‘remarkable’ gains.¹ At a school in North London, over 100 students caught up completely after reading three or more years behind. At a school in Essex, 38 students caught up in the same way – in just five months.

Please be assured that this post is not about me – many of these students were taught by others. You see, it’s not the person – it’s the teaching that makes the difference. No amount of sympathy or patience will turn struggling readers into independent readers. But, if we change the teaching to practices that are built on robust research, we can have competent readers.

If changing the teaching could turn around the fortunes of these students, why couldn’t the same be true in your school? 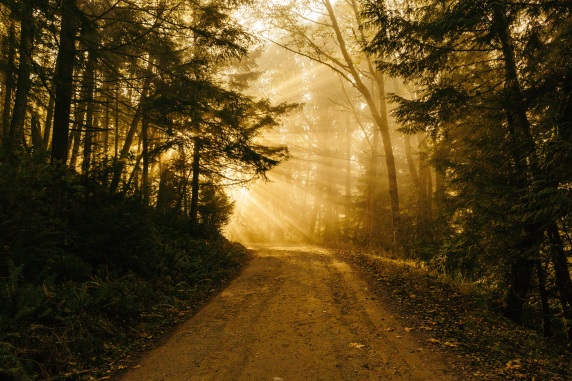 A few months after leaving my last school, the Vice Principal emailed to say how struck he had been by a conversation with a former student who had made remarkable progress. Reflecting on where the young man had started, he ended the email with these words:

There is hope, and there are good reasons for it. Let’s do what needs to be done. 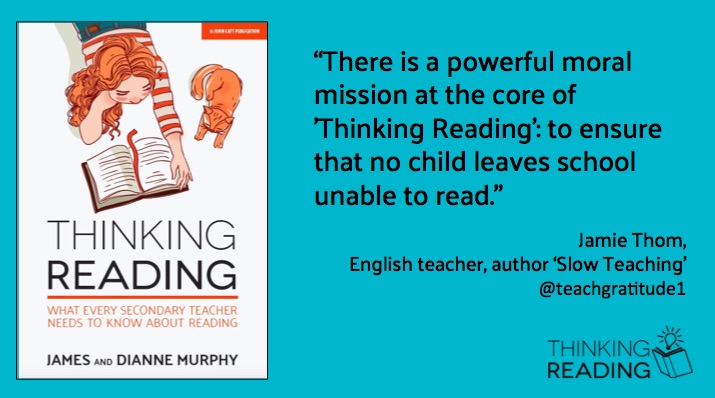 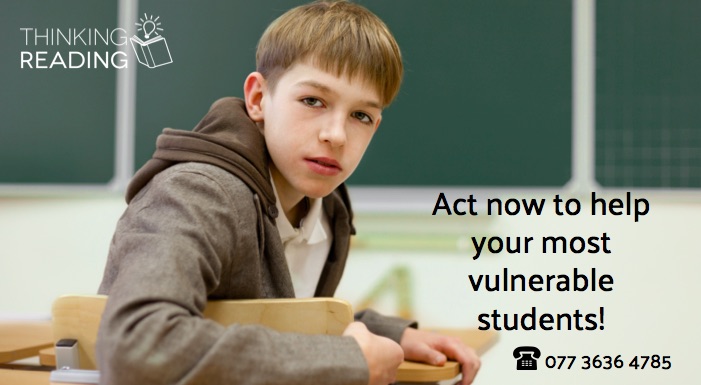 Pulling the Strands Together

1. The 5th edition of Professor Greg Brooks’ ‘What works for children and young people with literacy difficulties?’ is due out shortly with updated data.

This site uses Akismet to reduce spam. Learn how your comment data is processed.

Subscribe to our mailing list to receive a free copy of our e-book ‘From Good to Great: How to get the very best literacy provision for all secondary students’.